Get a chance to win € 130 million! + Special discounts every day!

The Philippines is home to several exciting games and different types of gambling activities. Its diverse and colorful gambling industry allows the locals to enjoy during their free time and collect winnings that can even change their lives. One popular form of gambling in the country is online lottery Philippines, a game that’s run by the Philippine Charity Sweepstakes Office or PCSO. There are other forms of lotteries that are hosted in different parts of the country.

Best Online Casinos to play Lottery in the Philippines

But most of these lottery games are not authorized and allowed by the law. Hence, these games and activities are subject to government monitoring and sanctions. But with online lottery Philippines, players participate in a highly regulated game that’s made available by licensed betting terminals which are called lotto ticket Philippines outlets. 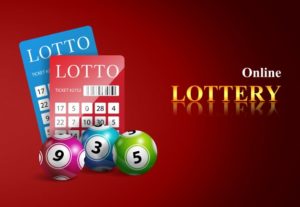 So how does online lottery Philippines work? How can you purchase the tickets and track the winning combinations weekly? In this article, we take a look at the growing popularity of lottery Philippines. More importantly, we check out the contribution of lotteries to the Philippine economy and in helping change the fortune of millions of Filipinos.

Online lottery or the traditional drawing of numbers is not new. Based on records, the lottery in the country has been in existence since 1883. It was the Spanish Government that ran the first form of lottery in the country through the Empresa de Reales Loteria Espanolas de Filipinas. The program was designed to raise funds for the government. The country’s national hero wrote about his experience with the lottery and how the program helped him in completing some of his projects.

Writing in his journal, Dr. Rizal related that he won Php 6,200.00 as a prize during the lottery draw of 1892. He donated much of his winnings to the completion of certain projects, thus boosting creating an impression that it can be used for social projects. At the start of the war, the game was stopped. It was only in 1932 that the game of lottery was re-introduced to the general public. Again, the game was used to raise funds to support the initiatives of the government.

It was on March 1935 that then-President Manuel Quezon signed Act 4130 that helped create the Philippine Charity Sweepstakes. Under the law, the office was authorized to receive Php 250,000.000 from the National Treasury which can be used to print the tickets for succeeding draws. The first draw was hosted on September 8, 1935, and in just two months, the office managed to return the loaned amount. On June 18, 1954, RA 1169 was passed into a law that provided for the conduct of lottery monthly if there are no Sweepstakes races and draws.

In September 1979, the government then passed Batasang Pambansa Blg. 42 which amended RA 1169 or the PCSO Charter. The law increased the fund allocation for its Charity Fund from 25% of net sales to 30%, while 15% went to operations and the remaining for prizes. During the 1980s and 1990s, the popularity of Philippines lottery increased. Even the amount of prizes and jackpots increased as well. With increasing income at its disposal, the office managed to increase its contribution to the charities.

On Your First Purchase get
15% Discount
Visit now

Online Lottery in the Philippines

On top of the 6/42, players can also play three-digit (3D), four-digit (4D), six-digit (6D), the Mega Lotto (6/45), and the Super Lotto (6/49) draws. The same general rules also apply to these different variants of the online lottery Philippines game. In the 6/49 online lotto game, the player also picks 6 numbers. However, the player will pick from 1 to 49. The pool of numbers may be bigger but in this variant of online lottery Philippines, the prize is bigger. When it comes to prizes, the pool often starts at a few million and it can grow up to hundreds of millions of pesos. A few years ago, the jackpot for lotto online reached almost half a billion pesos!

How to Play Online Lottery?

Lotto online is not just a source of funds for charity initiatives. This game is also attractive to local players due to its prizes and jackpots that can reach up to hundreds of millions in pesos. This makes the game an attractive option for players who love to play and want to contribute to local charities. If you are interested to take part in the game, win the prizes, and contribute to charities then it pays to learn how to play lotto in the Philippines. Here are some general steps to take on how you can participate in the online lottery Philippines game:

Aside from the popular lotto games, the online lottery Philippines terminals that are found in the country also host other games. When you visit one of these terminals and shops, you are also given the chance to play keno, another numbers game, and scratchcards. Unlike the online lottery Philippines game, these games are played in the area and players will immediately know the results.

Players are known to employ several tricks and strategies that can help increase their chances of winning the lottery. Some players will rely on their favorite numbers, birthdays, and special occasions as numbers to be played in online lottery Philippines. Some players believe in the power of dreams. They often rely on dreams for the numbers that they can use when betting on the lottery. Others will keep a record of the past winning numbers and use these as inspiration. In short, each player has his way and strategy on how to win the lottery.

However, these are just tricks and strategies and cannot guarantee a win in an online lottery Philippines game. Just like other games like slots, card games, and the NBA lottery, the drawing of numbers is made at random. The only way to increase your chances is to bet on as many numbers and tickets as possible.

Can I play the online lottery in the Philippines for free?

No. The lottery games that are operated by PCSO is played in real money. The amount of bet you can make will depend on the game you want to play. For example, the 6/58 variant of the lottery requires a minimum bet of Php 24.00.

Where can I play the online lottery?

Simply visit a lotto outlet near your area. Make sure that this outlet is licensed to operate by PCSO.

Is there a winning strategy that I can use when playing the online lottery?

Just like other casino games, online lottery in the Philippines is fair and random.

I purchased my lotto tickets at a licensed PCSO outlet. Where I can find the winning numbers?